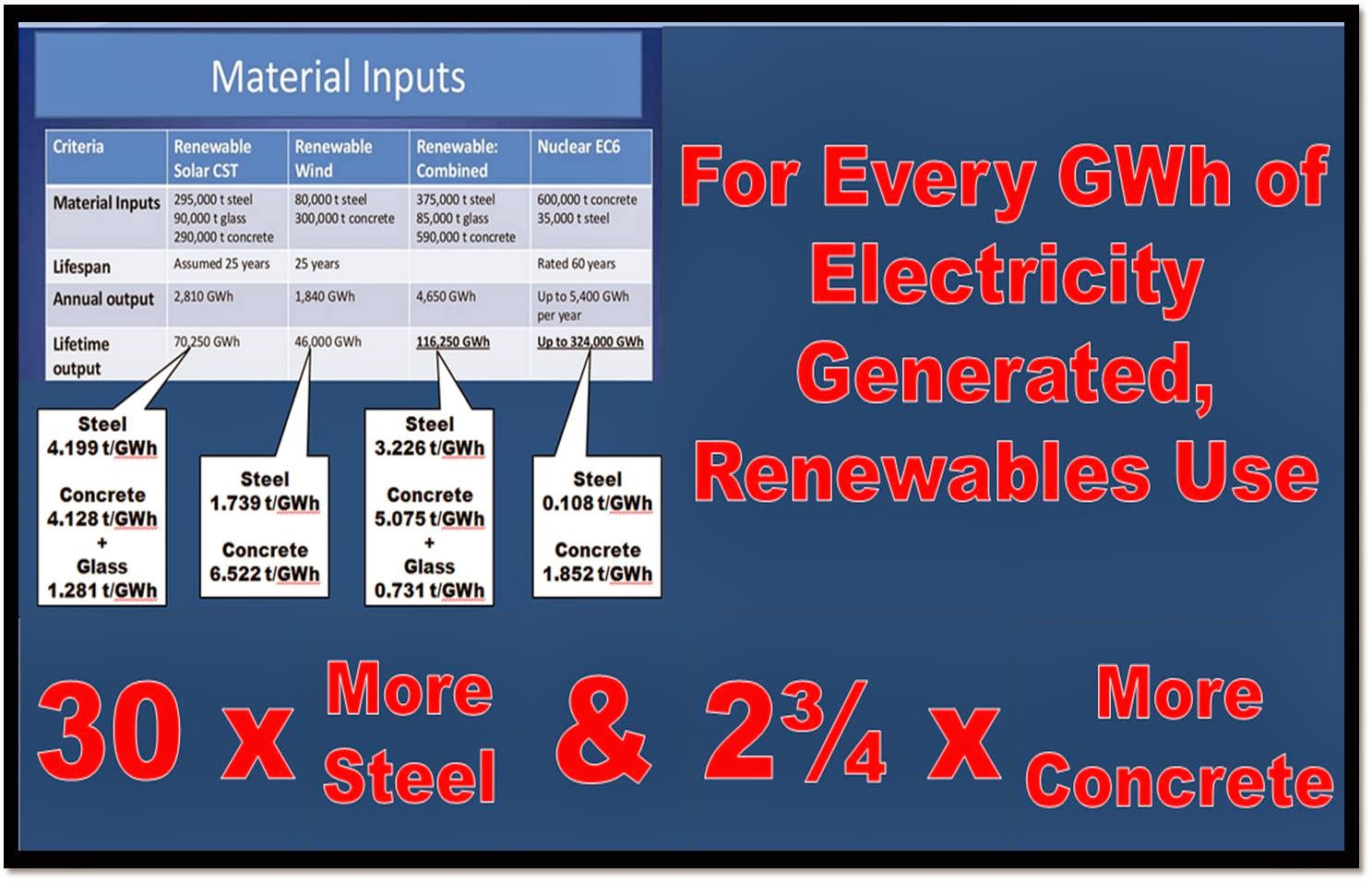 Is it possible for a staunch environmentalist to imagine how much more he or she, in supporting the 'renewables solution' to climate change, contributes to environmental destruction? 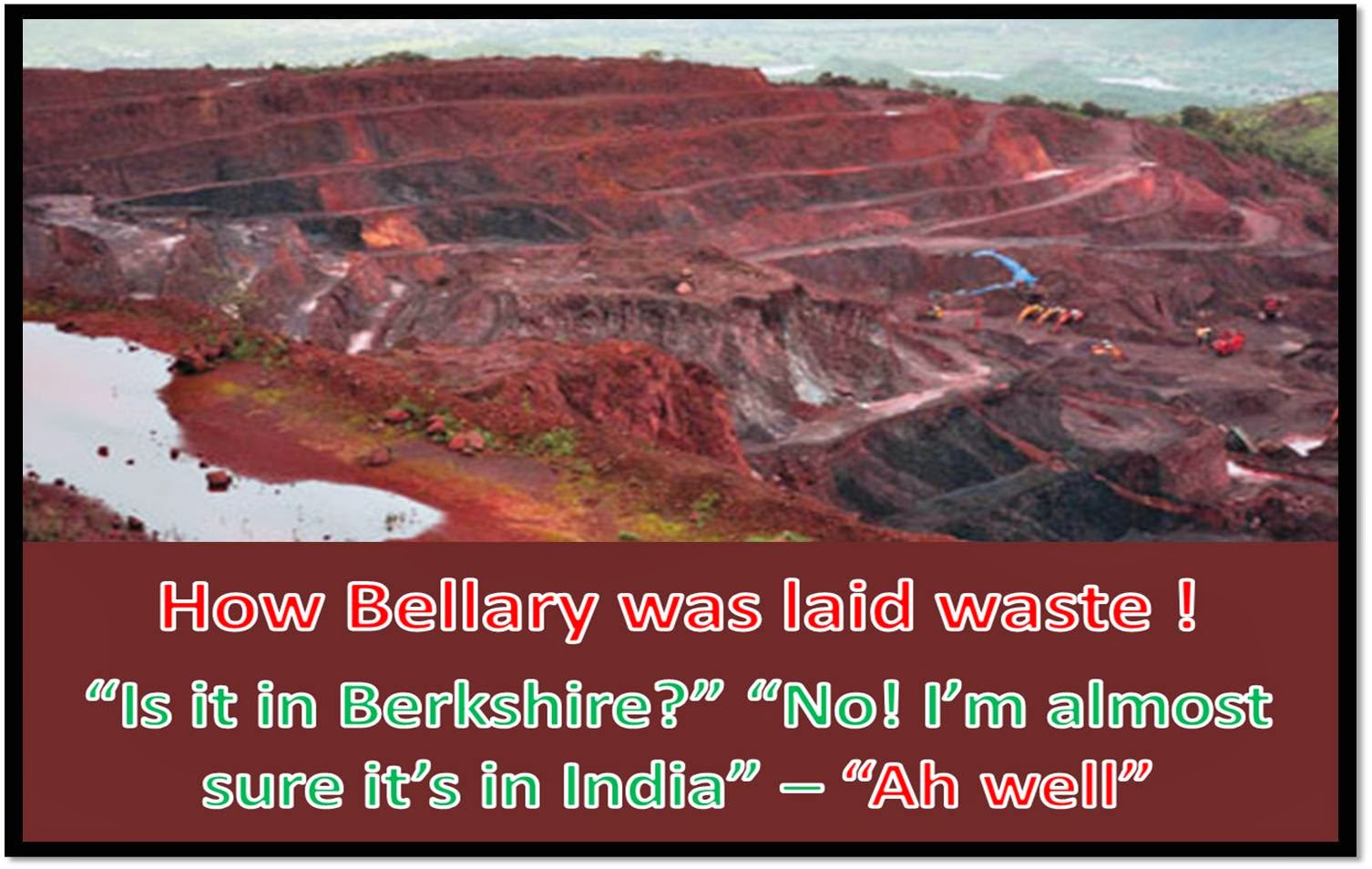 How Bellary was laid to waste !

Coal, Glorious Coal - Sing Along with the Chorus to Germany's New Hit Musical! 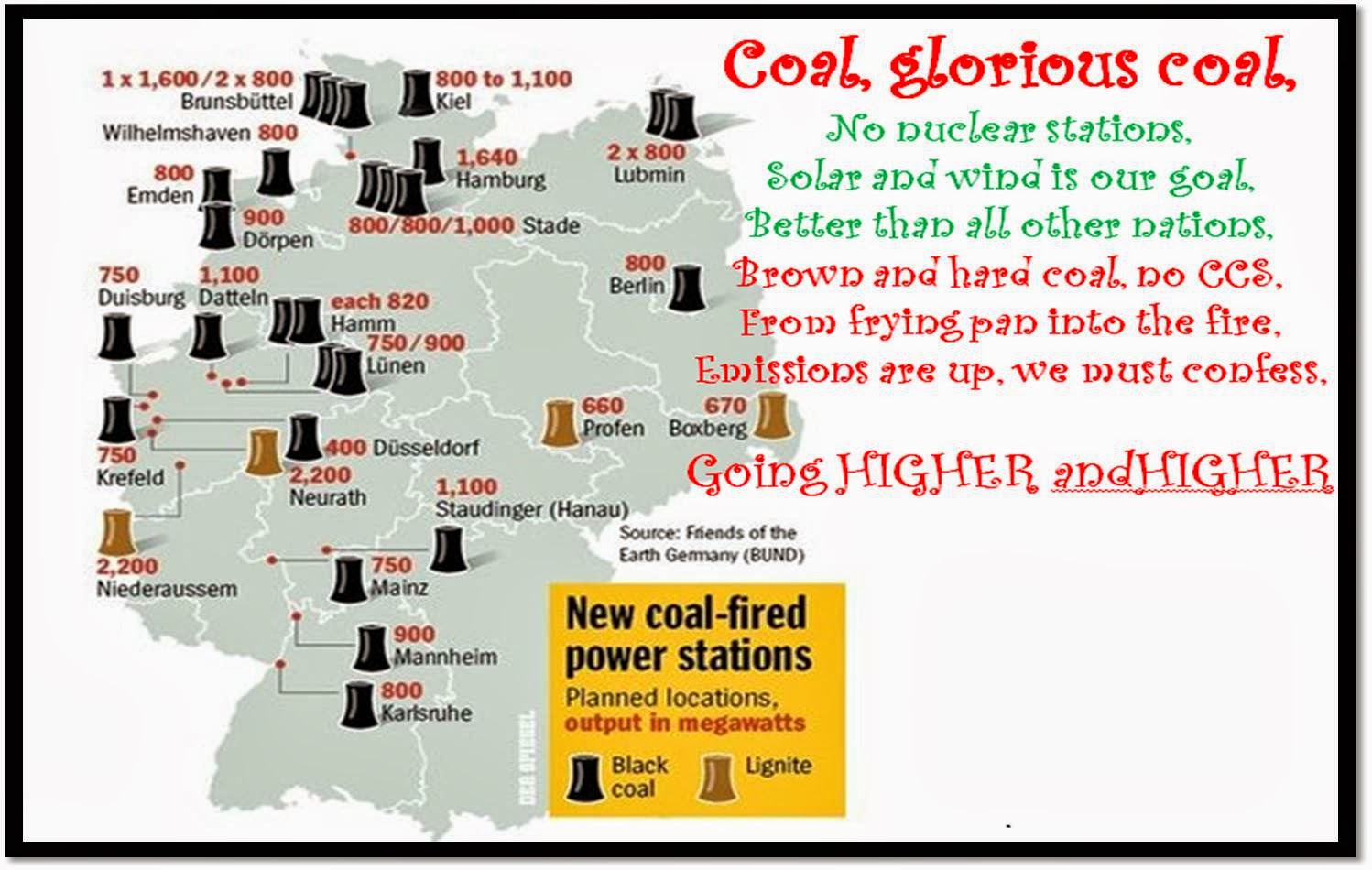 Ve haf vays of getting it Rrong!

"...For all the talk about wind and solar, Germany's Energiewender is producing one big result - a return to coal. For an entire week last December, German's 23,000 windmills stood perfectly still. Solar didn't produce much power, either. Gas is still too expensive and so, unless the Germans are planning to do without power for weeks at a time, they need something to replace their nuclear reactors. That is coal..."
For Germany, It's Coal, Coal, Coal

"...Germany's energy transition has also been a transition to coal: Despite multi-billion subsidies for renewable energy sources, power generation from brown coal (lignite) has climbed to its highest level in Germany since 1990. It is especially coal-fired power plants that are replacing the eight nuclear power plants that were shut down, while less CO2 intensive, but more expensive gas-fired power plants are currently barely competitive. Energy expert Patrick Graichen speaks of Germany's " energy transition paradox": the development of solar and wind farms, yet rising carbon dioxide-emissions..."

Associated Press – Tue, Jan 7, 2014 8:20 PM AEDT
BERLIN (AP) -- The share of electricity generated from coal rose in Germany last year as the country seeks to achieve its ambitious aim of switching off all nuclear power plants by 2022.
Industry figures published Tuesday show that bituminous coal and lignite together contributed 45.5 percent of Germany's gross energy output in 2013, up from 44 percent the previous year. (+ 1.5%)
Environmentalists criticize the increasing use of coal, saying it is a "dirty" source because of the large amount of carbon dioxide released when it is burned.
Heavily subsidized renewable sources such as wind, solar, biomass and hydropower also increased their contribution to 23.4 percent, up from 22.8 percent in 2012. (+ 0.6%)
The share of nuclear power dropped to 15.4 percent from 15.8 percent. (- 0.4%)
Coal surge sullies Germany's clean energy image

Electricity production from solar and wind in Germany
in 2013 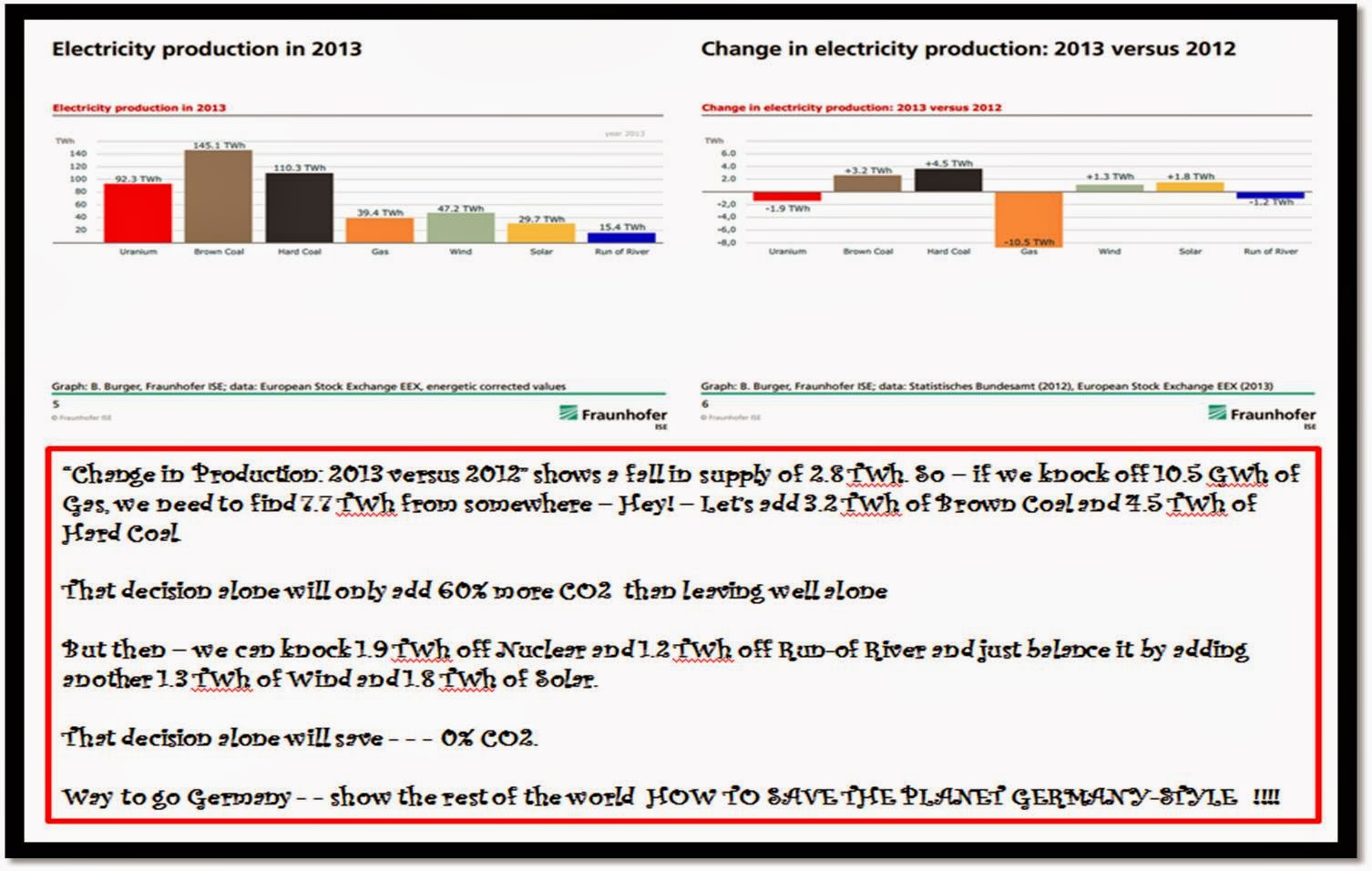