Let's Fill the Land & Sea with Wind Turbines - and Don't Worry about Resource Use! 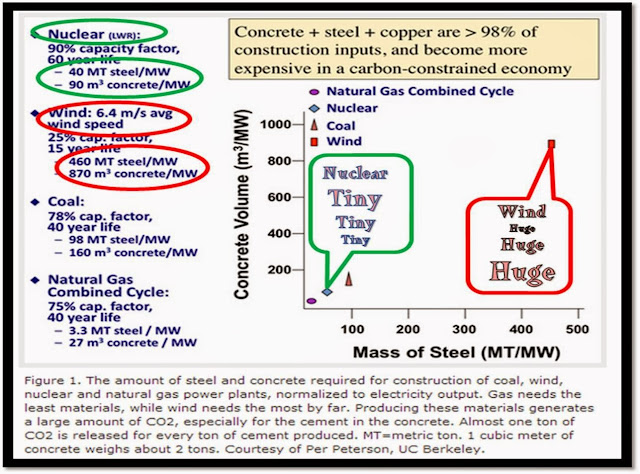 We're environmentalists and we care about resource use!

We Have Ways Of Keeping You Warm - Even When The Sun Don't Shine! 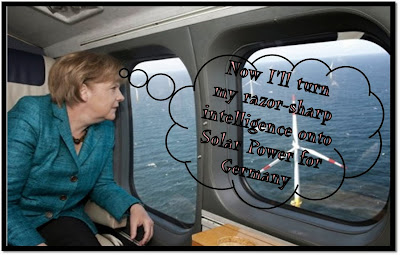 "...Every time a renewables advocate holds Germany up as a shining beacon, they set back the credibility of the environmental movement.

It’s unsupported by reality and I think even gives ammunition to the enemy. We have to stop praising Germany’s Energiesheiße and figure out better ways to implement renewables..." 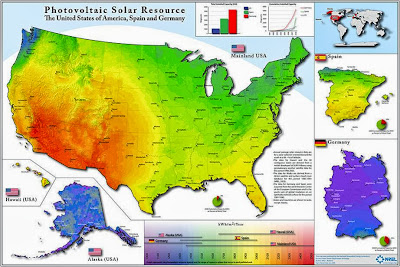 “...Between the northern latitude, the grey weather, and the Alps blocking much of the diffused morning sunlight from the south, Germany is a terrible place for solar power.

When you put the US side-by-side on the same scale, you realize that Germany has the same solar power potential as dismal Alaska, even worse than rain-soaked Seattle...” 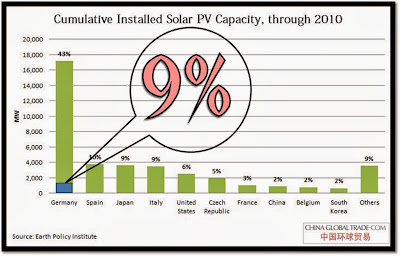 "...the simplest proof can be seen in the capacity factor, which is the percent of the nameplate capacity that is actually generated over the course of a year.

"...So why does Germany have 16 times as much nameplate panel capacity per capita as the US?....I don’t think the German people are that much more pro-environment than the rest of the world....Germany’s solar power boom is being driven entirely by political distortions..." 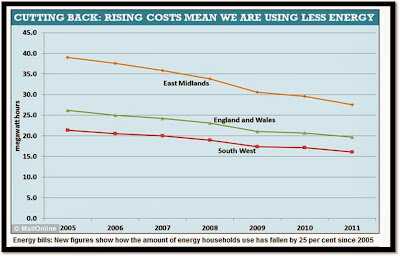 The economics of German solar have only made sense [until] now because they tax the hell out of all types of energy....and then use the proceeds to subsidize solar panels....When you strip away the well-intentioned facade of environmentalism, this is little more than a forced cash transfer scheme. It’s taking from utilities....and from everyone who doesn’t have rooftop panels, and shovelling it into the pockets of everyone who owns or installs panels. Which means it’s....a regressive tax on the poor.

The Cost of Generating Electricity. 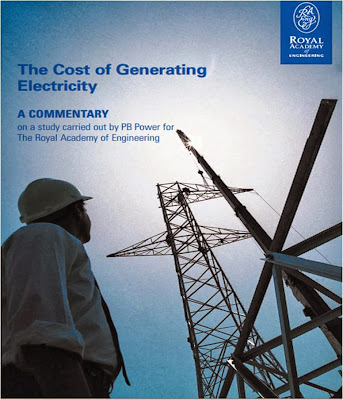 The Royal Academy of Engineering commissioned PB Power to conduct a study of the comparative costs of generating electricity from a number of available technologies.

The Royal Academy of Engineering ....has often been concerned about the lack of clarity between competing claims ....

To help improve understanding, the Academy has attempted to compare the costs of generating electricity from a number of different technologies in an even-handed and dispassionate manner.... 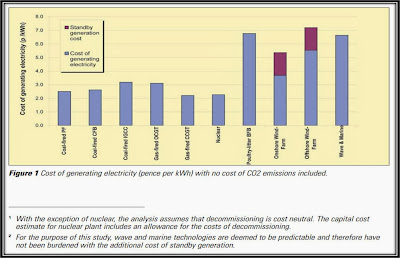 The cost of generating electricity ....is expressed in pence per kWh delivered at the boundary of the ....site.

This cost value, therefore, includes the capital cost of the generating plant and equipment; the cost of fuel burned; the cost of [O & M] ....

.... the cost refer[s] to that of providing a dependable .... supply. For intermittent sources .... an additional amount has been included for ....standby generation.

The issues to be addressed ...include:
security of supply,
environmental impact,
national competitiveness
social concerns.

....the
mix of generation ....should not be determined solely by cost ....
understanding of .... costs will enable policy makers to understand the levels of subsidy or
market manipulation ....to give a desired outcome.

....those market
mechanisms and subsidies should relate directly to the particular form of generation and the
perceived benefit rather than being smoothed across the system ....

The renewables sector already benefits from subsidies worth in the region of £485 million a
year ....and concern has been expressed that Government plans to offer further subsidies (e.g. reductions in transmission charges) ....will not lead to extra investment. .... and
could be regarded as further distortions to the market.

This examination of the costs of generating electricity is a foundation upon which discussion
about future energy policy including subsidies and market mechanisms can be based....

"...The Green Jobs Rationale Borders on the Preposterous..." 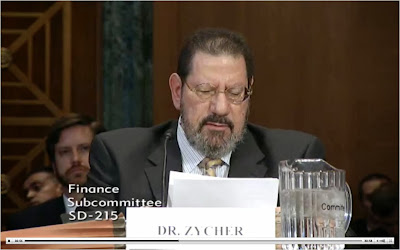 Maybe we could get wind turbine supporters to transfer their allegiance to digging ditches with spoons - Dr Benjamin Zycher explains it more succinctly than it’s ever been explained before: "...use an army of workers with spoons..."

His presentation starts at 34:06 and is well worth watching in its entirety. He gets to the nub of ‘Green Jobs’ at 36:54, - "The Green Jobs Rationale borders on the preposterous". To paraphrase:  Governments should outlaw the use of heavy equipment for digging ditches and mandate the use of an army of workers using spoons....

"...There is no analytic difference between inefficient ditch digging and inefficient power generation as tools with which to pursue increased employment..."
at 08:17 No comments: 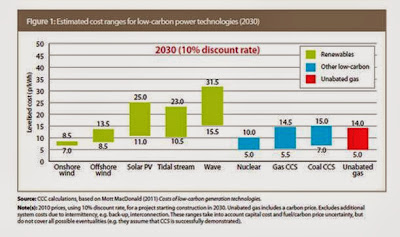 Why occupy your time and devote so much energy to battling supporters of AGW and CAGW?

Isn't the point really, that you object to the cost and ineffectual solutions proposed by disciples of the various renewable-energy technologies?

24/7 base-load, on demand electricity can only ever be supplied by either fossil fuel or nuclear powered technologies.

You need to switch your time and effort from arguing against the onset of climate change, to arguing against proponents of renewable energy technologies. Your only choice in backing up your arguments is: Do you support nuclear power or fossil fuel power?

I am unashamedly a nuclear power supporter - ambivalent about some of the predicted outcomes of the CAGW camp - but desirous of halting changes to atmospheric and oceanic chemistries - on the premiss that they can't be doing any good. Also desirous of overcoming the attitude of 'Macbre Indifference': Electricity Generated from Fossil Fuels Kills Millions - Who Cares?